The men’s paratriathlon Paralympic races kick off a cornerstone moment for triathlon as they will be the first paratriathletes to ever race for Paralympic medals come September 10. Chocked full of speed & determination, the men’s PT1, PT2 and PT4 sport classes will take to Copacabana with PT4 going off at 10am, followed by PT2 three minutes later and PT1 at 11:20am BRT on Saturday.

The men will swim 750m starting at Copacabana Beach, then bike or handcycle 20km followed by a 5km run or wheel chair run along Atlantic Avenue. Click here for the course.

PT1:
Bill Chaffey (AUS) has been dominating the men’s PT1 sport class for seven years, having only lost two races in that entire time. He’s the only paratriathlete ever to collect five World Championships, making him the man to beat.

However, a string of men are pounding at Chaffey’s door for that gold medal including Jetze Plat (NED), Geert Schipper (NED), and Krige Schabort (USA). Plat recently won the World Championships, using his signature strong swim and handbike skills to propel him ahead of the competition, at which Chaffey was missing. He’s also the only man racing in Rio that has beaten Chaffey.

Schabort is never far from the fastest athlete, having only finished below second once in his three-year paratriathlon career. He also has the experience of being a five-time Paralympian, which includes a turn on the medal stand when he won bronze in the marathon. Schabort has great finishing speed, so look for him to come on at the end.

Joe Townsend and Phil Hogg from Great Britain will be other athletes to look out for, as well as local hero Fernando Aranha (BRA).

PT2:
In the men’s PT2 sport class, all bets are off, as several men are capable of gleaming gold. The likes of Michele Ferrarin (ITA), Stephane Bahier (FRA), Ryan Taylor (GBR) and Mark Barr (USA) have traded off positions on the podium over the last several years.

Andrew Lewis (GBR) seems to be timing him rise in the sport class just in time for Rio, as the Brit has scooped up three wins this year, including the World Championships in July. Despite a poor showing at the World Championships last year, he put in a medal performance for bronze at the Rio Test Event in 2015 with a strong bike and run.

However, Ferrarin, the 2015 World Champ, was missing from both this year’s World Championships and the Test Event. The Italian has the opening speed to challenge Lewis, but it remains to be seen if he can keep pace on the run. Like Ferrarin, Barr and Bahier are usually some of the first men out of the water, which could bode well for them, as the wavy beach start could slow the rest of the field down, making way for the men to break away.

While Taylor doesn’t excel at the swim like his competitors, he’s been known to run through the field on the final 5km run. A relatively new athlete from Spain, Lionel Morales, has shown he can also be a strong contender.

PT4:
One of the most competitive races of the day, the men’s PT4 sport class is headlined by Martin Schulz (GER) and Stefan Daniel (CAN). The German is a three-time World Champion in the race, with his record buffed only by Daniel in 2015 when Schulz endured mechanical issues on the bike, and back in 2012 by Yannick Bourseaux (FRA).

Expect Schulz to come out of the water first, at which point he’ll need to keep an eye out for the quickly approaching young Canadian. Daniel won the World Championship race last year, which secured his spot in Rio, and consistently finishes second to Schulz.

Bourseaux, who has competed at two Winter Paralympic Games, brings more than ten years of experience in paratriathlon to Rio. A former World Champion, Bourseaux has kept pace with the younger athletes with a very strong bike portion of the race. 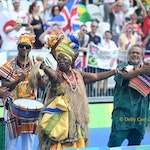 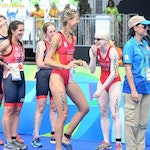 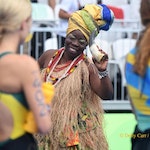 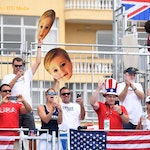 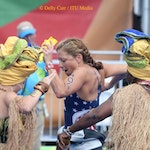 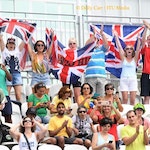 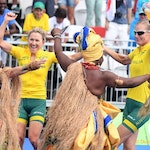 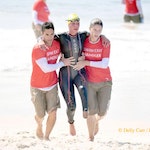 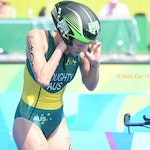 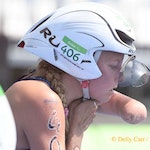 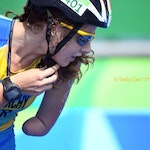 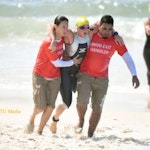 For the latest World Triathlon podcast we have 2018 Commonwealth Games bronze…
Darwin, the capital of Australia’s Northern Territory and the gateway to the…
World Triathlon continues to work hard to minimise its impact on the planet and,…
more news →