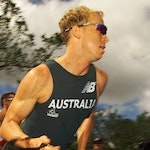 His professional career started with a bang when he placed third in his first ever event at just 15 years old. With an impressive background in swimming, speed skating, duathlon, aquathlon, triathlon and cycling, winning national championships in all six sports, he was a well-rounded athlete.

Stewart made his first World Championship team in 1989, aged 18, and finished in an incredible fourth place, behind Mark Allen, the most successful competitor in triathlon history.

At age 20, Stewart experienced one of the defining moments of his career, winning the illustrious World Championship in his hometown, the Gold Coast. He remains the youngest triathlete ever to be World Champion.

In 2000, the triathlon made its debut as an Olympic sport at the Sydney Olympic Games. Stewart’s father and long-time coach, Col, was appointed as Head Australian Olympic Triathlon Coach. Under his father’s guidance, Stewart was the first Australian in the event, finishing sixth overall.

His success continued during 2001, when he was awarded the Australian Sports Medal. Continuing to perform at his peak, Stewart competed at the 2002 Commonwealth Games and finished only three seconds behind the winner, Canadian Simon Whitfield, to claim Silver for Australia. Later in 2002, Stewart had three consecutive wins in the ITU races throughout Japan, which he followed with another victory in Nice.

Just like it began, Stewart’s professional career finished with a bang. In 2004, Stewart’s last year on the international circuit, he was selected in the Australian team for the 16th consecutive year, arguably a record unlikely ever to be broken. In 2005, Stewart retired from the professional triathlon circuit ending a triumphant and wildly successful career spanning nearly two decades. Stewart remains actively involved with triathlons and his foremost priority is to help raise the level of junior talent in Australia. He shares his knowledge and experience with young aspiring athletes through training programmes, giving back to the sport that encompassed his life for 19 years.  Stewart is currently the CEO of Triathlon Australia, a member of the Triathlon Australia executive board and chair of the selection committee. 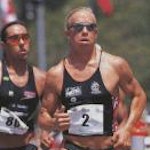 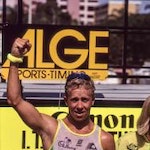 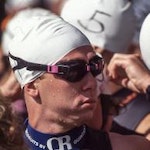 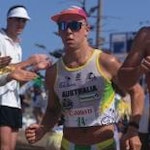 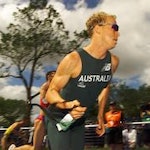 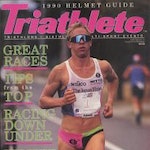